Previously the only place you could catch poker was on late-night episodes on ESPN. Now the new trend of YouTube vloggers is on the rise. With the growth of live streaming over the last several years, players can now check out action from their local casinos.

Poker vlogs contain a mix of live and online play, poker news, interviews, and strategy discussions. Vloggers also give players a current look at different casinos around the world.

Most YouTube vloggers edit and distribute their own content. Daniel Negreanu receives plenty of views from his popular vlogs each summer from the World Series of Poker.

Vlogs are a bit different from traditional Twitch poker streams. Players not only offer a look at their live or online play, but also follows their travel, lifestyle, and other aspects of poker life.

As vlogging continues as a growing trend, USPoker takes a look at five vlogs that are worth checking out in 2022. 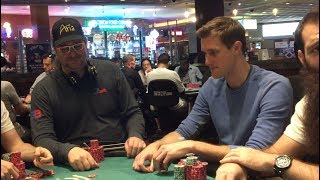 Brad Owen has one of the fastest-growing vlogs out there. He currently lives in Las Vegas, playing cash games and vlogging full time.

His YouTube channel is home to over 500,000 subscribers and Owen is one of the most popular poker vloggers.

Owen posts videos weekly and creates content at local casino cash games around Vegas. He also does meet up events with other vloggers. 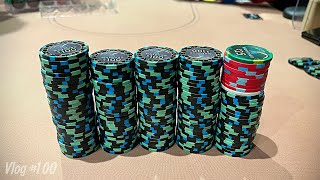 A rising star in the vlogging community, Mariano Molino’s vlogging quest started about two years ago. His following has grown ever since.

Molino currently has 81,000 subscribers and posts content each week. Even though he’s known as a cash game player, this vlogger is no slouch in the tournament world. He currently has over $80,000 in winnings, including two first-place finishes. 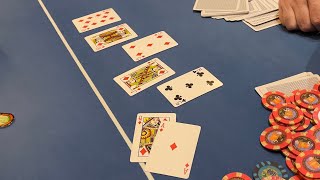 Ethan “Rampage” Yau is a man on a mission. Rampage started his run about three years ago and now has over 122,000 subscribers.

He started making rounds in the northeast hitting casinos such as Encore Boston Harbor and New Hampshire properties.

Rampage documents his cash game play, but he is also a tournament player as well. He has over $250,000 in tournament winnings. This includes a World Series of Poker online bracelet at WSOP.com and WSOP Circuit ring. 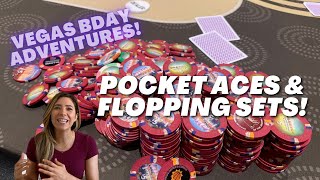 Ashley “PokerfaceAsh” Frank is one of the newest poker vloggers to emerge over the past year. Her platform has seen a quick show of support.

Ash debuted less than a year ago and has over 15,000 subscribers. She plays a mix of live and online cash games. The Arizona poker player frequently travels to Las Vegas and records the action from her trips. 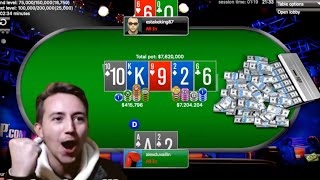 Alex Duvall is also a newer vlogger but has some impressive stats under his belt. Recently, he collected his third WSOP Circuit ring and $21,236 when he shipped the $320 WSOP double stack in December.

Duvall, originally from North Carolina, now calls Las Vegas home. His channel has over 5,000 subscribers, but continues to grow.