Plenty of news has come out of partypoker lately. On Monday, the company announced the launch of a new software upgrade to improve several aspects of the gaming experience.

The company outlined several major improvements to the desktop version. Party hopes the additions make the platform “even more fun and exciting to play” for online poker players.

Along with that news, partypoker has also released another mini-documentary as part of its Formula 1 partnership with McLaren Racing. The Irish Poker Masters also recently wrapped up with a Main Event champion. Here’s a look at some of the news from the online poker operator.

The latest partypoker software updates come after listening to player feedback. Players will find a series of changes and some of those include:

“Our latest table update delivers a number of enhancements that collectively will result in a cleaner, more engaging online poker experience for our players,” partypoker head of product Ross McQuater said in a news release.

“We will continue to listen to the feedback from our players to improve our software as we work to deliver the best experience possible.”

Party officials say these updates will improve the playing experience and create better engagement with players.

“Partypoker’s new software brings more excitement to every hand,” Team partypoker’s Jaime Staples said. “You can engage with your competition, learn as you go, and have a thrilling, fast-paced experience playing the game we love.”

Partypoker has released another episode in its mini-documentary series “See the Unseen” with McLaren F1 driver Daniel Ricciardo. The latest edition touched on cars from different eras as well as one of his most interesting fan interactions.

Ricciardo, 32, spoke from the McLaren Technology Centre about how his association with McLaren predates his time with the F1 team.

“Coming here to the team, that was one of the coolest things, as I actually bought a McLaren,” he said. “It was the first sports car I bought.

“I don’t own a McLaren F1 car. They’re a little expensive these days, but that would be a nice one to have in the garage one day.”

The cars used in Formula 1 in 2021 bear little resemblance to those that raced a few decades ago. Ricciardo took a look at three-time world champion Niki Lauda’s McLaren F1 car from the early 1980s, making comparisons with what he’s faced with in today’s cars.

“Knowing what I know, I don’t wish I drove the old ones from a safety point of view, because everything is so exposed,” he said. “But there’s a rawness of these cars, where the steering wheel is just the steering wheel, and there’s an H-pattern gearbox, clutch, three pedals. These days, we’ve only got two.

“The guys that drove these cars are heroes. I met Niki a couple of times at the track, and that was something pretty cool for me. It blows my mind how we’re able to do it these days.”

Fan interaction with a pooch

Conversation then turned to a particularly memorable moment Ricciardo encountered with one of his fans. On this occasion, the driver was asked to sign a dog.

“I think we were at an autograph session in the pit lane in Belgium quite a few years ago, and this lady just put her dog in front of me,” he said. “I didn’t grow up a massive animal person, so I’m not the kind of guy to pick up a dog and be like, ‘oh that’s cute.’

“I was a bit taken aback. I thought she just wanted me to have a photo with her dog, and there was a bit of a language barrier, but she was pointing to her dog’s collar and she wanted me to sign it. So, I basically signed a dog, which was weird!”

Ricciardo also talked through how the car is prepared for the driver and how it can be altered for driver comfort. The episode can be seen in full at the partypoker McLaren Access Hub.

At the site, partypoker players gain access to the inside track and discover the hidden world of Formula 1. The new episode follows earlier interviews with Ricciardo and McLaren Racing CEO Zak Brown.

McLaren-themed prizes can also be won by partypoker players. Special freerolls are still being held on certain Sundays alongside F1 races. The event offers $1,000 in guaranteed prize money.

Zisimopoulos topped a field of 994 players for the win. He entered heads-up play against Finland’s Joel Holmberg with almost a 5-to-1 chip advantage.

Holmberg took home a total of $85,724 for runner-up. The final hand actually saw Zisimopoulos win with the famous Doyle Brunson hand, 10-2. Here’s a look at that last hand.

★★★ Looking to get in the action at partypoker? Click here for a complete site review and exclusive PokerScout bonus offers. ★★★

With so many involved in some sort of mobile gaming, reaching these players makes sense. Along with the launch, 888 has ramped up the promotions to celebrate. That includes giving away $1 million in prizes over the next two months.

Checking out the new 888poker platform

Players at 888 will now have a completely new gaming experience. Known as “Made to Play,” the platform has been in development for quite a while. The app is now available in every market except Italy and New Jersey in the United States.

“After a two-year wait, we are introducing a brand-new advanced poker platform,” the company notes. “The software boasts first-rate technology for an improved online poker experience.”

Those enhancements include better graphics and gameplay. The app is also completely different from the site’s previous offering. Players will now find an innovative platform in portrait mode. 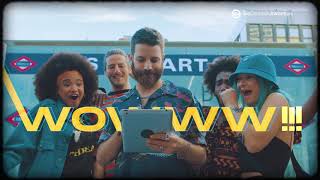 That means users can play with one hand, making for an easier way to play on a small screen. Users can also now multi-table, a new feature for 888 players. Players can easily swipe between up to four games.

“The game is fun and built with the player in the center,” the company notes. “Throughout the time we built the app, we put the game experience and the player’s personal experience at the center, and everything that was built was for our players.”

888 even consulted players when designing the platform, with the goal of delivering an improved entertainment product. That includes bringing some social gaming aspects to the mobile offering including: Despite the changes, the app remains a poker product and fair to players of all skill levels. The new mobile game experience is perfect for small-field events like Snap fast-fold poker and BLAST Jackpot Sit & Go’s.

888 officials believe the new software and app take the player environment to the next level. And fun remains top of mind.

With the launch of the new software and app, 888 is ready to celebrate. The site launched a massive promotion on Nov. 11 giving away $1 million in prizes.

Through Jan. 10, players can enjoy exploring the new app packed with exciting games. Players will find plenty of freebies including:

Most freerolls don’t even require a ticket. Beyond those events, the “Winner Spinner” promotion gives players a chance to win every day. Winners can claim cash prizes and a ticket to two special freeroll events. Additionally, “Happy Hour” specials give players the chance to bag a special deal. By simply playing at certain times of the day, users can take home prizes like:

As part of the Made To Play launch festivities, 888 is also running a “Gift Drop” promotion. A random table will be picked every five minutes with players collecting up to $1,000 in extra prizes That includes BLAST tickets and cash just for playing.

Free cash on an improved platform – it should be a fun two months for 888poker players.

★★★ To learn more about 888poker, click here for a complete review and PokerScout exclusive bonus opportunities. ★★★