Another week, another major online poker series. That’s the trend during the Coronavirus pandemic and PokerStars announced the launch of its new Stadium Series on Monday.

The series features 102 events, three different buy-in levels, and daily opportunities to get in the action for free. The Stadium Series runs July 5 to Aug. 2 with $50 million guaranteed.

As the name implies, PokerStars has given the series a bit of a sporting twist. Players can compete in various events with a shot at even bigger tournaments, depending on their results.

Another major highlight? PokerStars is awarding more than $2 million worth of Stadium Series tickets.

What to expect from PokerStars Stadium Series

Unlike traditional poker festivals, the Stadium Series functions somewhat like a track and field competition or other type of race. Players can choose to take part in a “Heat tournament” for each buy-in tier (Low, Medium, or High) every day of the week for four weeks.

Each week will conclude with a Sunday Final for each tier. The Week 4 High Sunday final becomes the Grand Final main event.

Players can also “Fast Track” to the Grand Final via a special promotion. Fast Track tickets will be given away for free though Stars Rewards Spin and Go’s and in daily freerolls.

All events are in No Limit Hold’em with buy-ins starting at only $5.50.

Following the action and cards-up streaming coverage on Twitch Poker

Along with plenty of competition, players can also expect plenty of Twitch coverage of the Stadium Series. Beginning July 13, most tournaments will be streamed with commentary by James Hartigan and Joe Stapleton.

The series will be the first PokerStars stream featuring cards-up coverage, allowing viewers to see hole cards. The company has made efforts to beef up its Twitch offerings and promotions. Stadium Series becomes the latest in those efforts. 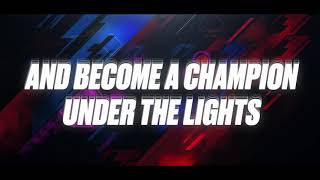 “We wanted to give our players something they all could enjoy and take part in, and to create stories and opportunities by giving away millions in free seats and tickets,” said Severin Rasset, PokerStars managing director and commercial officer for poker, product and innovation.

“It’s a unique summer and we know many of our players like ourselves miss live poker. So we wanted to bring the entertainment and flair of a live event with our cards-up coverage and really put our players at the heart of all the action. There’s truly something for everyone with Stadium Series: big opportunities, mega thrills, and incredible value. We’re very excited about seeing this one unfold.”

Opportunities to win from PokerStars

With $2 million to give away in free entries, there is no shortage on promotional opportunities during the series.

Players can already win Stadium Series tickets via the following:

Look for the Stadium Series on the international .COM site. Southern Europe and Italy will also host their own version of the festival.

For France, Spain, and Portugal, the series guarantee is €5 million with €1 million guaranteed in the €250 Grand Final.

The Italian series includes a €3 million guarantee and €500,000 guarantee in the €250 Grand Final. Here’s a look at the complete schedules.